Head to the coast… Fiddlesticks you’ve missed your connection! Head to Gold Hill in Shaftesbury before returning through Longleat Estate. #wills_hills & views, 3 different railway paths include.

Exit Bristol using the Whitchurch Way then; continue tracing the former Bristol & North Somerset Railway into The Mendips and its old mining towns. Continue south through the rolling East Somerset hills and dip into Dorset. You’ve missed the connection to Easton on the Bill so divert across Blackmore Vale; Shaftesbury and the cobbles of Gold Hill await! Edge the West Wiltshire Downs and pass through Longleat to Frome and the southern end of The Cotswolds. Enjoy the 2 Tunnels, part of the old Somerset & Dorset Joint Railway, before popping out in Bath and following the former Midlands Railway shared path back into Bristol to a warm welcome in Easton.

There are a couple of width restrictions early on along the Whitchurch Way which aren’t suitable for trikes and tandems, a suggested alternative will be provided.

On street parking locally, you’ll be updated before the event.

Wow, now THAT is a ride!

The Bill Easton Connection will forever stay with me in many ways, the wills hills for sure, all 16,000+ft of them along with the epic views and headwind, crosswind and strength of the wind on the Jurassic Coastline. The cycling community truly came together when sadly coming across a fellow Audax rider who had been involved in an accident, a hit and run! I want to personally thank the Audax guys who helped in shocking conditions and in such a terrible scene, they all know who they are! Also, many thanks to Mr & Mrs Nick Helps who stopped in his car and got rider into back seat for warmth waiting for ambulance and police. I’d not normally share something so shocking or sad but it goes to show the humanity and community spirit that comes together in a moment of need! An essential piece of kit for ALL Audax riders should be a Thermal Space Blanket, ultra light but an amazing piece of kit when needed, I’d hoped I never needed to use mine along with a fellow rider. Despite the awful accident the ride and organisation of the event was amazing, I’ve never enjoyed a bowl of Dahl & Rice so much at the finish. Thanks to Will & team yet again for making this 300 so memorable and a speedy recovery to our fellow friend and rider. Safe Rides everyone. 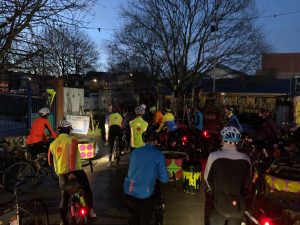 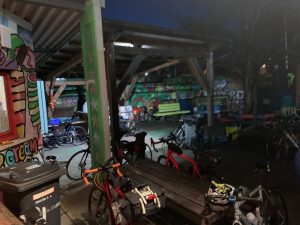 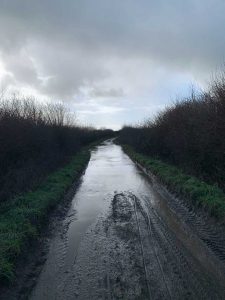 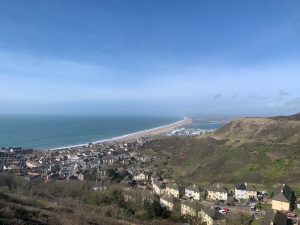 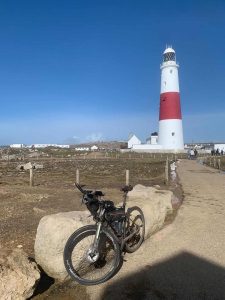 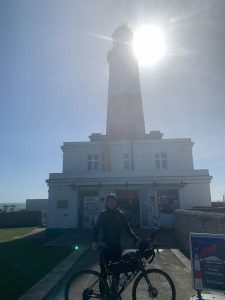 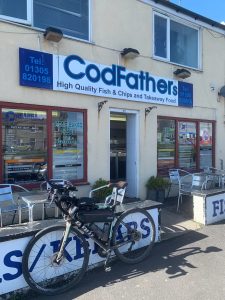 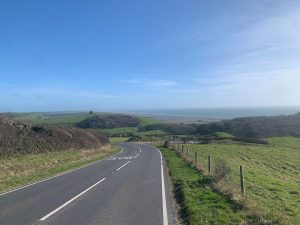 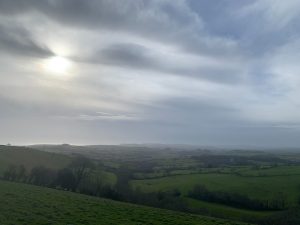 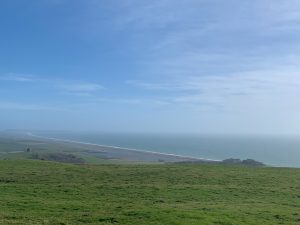 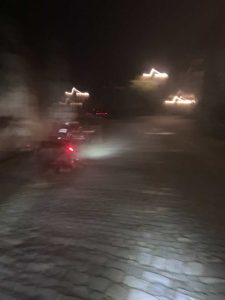 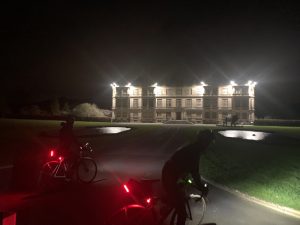 Thanks Jason & hoping the rider makes a full and speedy recovery.
I carry 2 space blankets and recommend other too.

That was a proper ride. Relentless hills, headwinds all the way to Portland and then a stonking crosswind over the monster Dorset Hill through Maiden Newton and Cerne Abbas and a couple of hours of rain at the end.
I just about kept my promise to keep it steady to Portland so that I still had some matches to burn on the way back. I didn’t stop at the village stores in Charlton Horethorne but found a petrol station in Bishop’s Caundle that sold me a nice coffee and a flapjack. Roads were wet and muddy from overnight rain, but the scenery was fantastic. The winds started to pick up for the descent into Dorchester, but the Rodwell Trail was a brilliant way through Weymouth. Verne Hill Road was precipitous. The cafe in Portland only had outside service from a hatch, there was a queue and I didn’t fancy getting cold in a wind where anything not nailed down was going to blow away, so rode inland and found a Codfather chippy in Weston, which was more sheltered.
I’d forgotten how hilly the coast road to Burton Bradstock is. I knew about Abbotsbury, its one of those hills that etches itself into the psyche, but the other lumps were harder than I expected. Its probably because I’ve done them (a) fresher and (b) in warmer weather.
Then the route headed inland – into darkest Wessex Territory, with the massive climb of Spyway to join the hardest bit of the Hard Boiled route at Maiden Newton. The crosswinds were fierce, keen to put me in the ditch, the 40mph descents required more concentration than usual. Arrived at the cafe in Cerne Abbas at 4.10pm, it closed at 4, but the look on my face convinced the staff of my desperate need for tea.
Fortified, I tackled the remaining crosswind section to Milton Abbas in fine fettle and was pushed up the long drag to Bulbarrow, where darkness began to take over. It was fully dark by the time I got to Gold Hill. I would have been overtaken by the boy in the Hovis Advert but I kept upright. Having a cafe open was a godsend, although I was getting really weary and struggled to eat my omelette.
The first half of the night section was great, pushed along by the wind, making good time. Riding past Longleat House in the dark was epic. Then I misread my Garmin and ended up doing an involuntary circuit of Longleat, adding a couple of miles before getting to a point where I thought “this hill looks familiar”. It was. Hill 23/26 was ridden twice. So be it. I was getting empty, but a Spar shop was still open in Frome, and I was able to get a couple of bottles of milkshake, one to overcome the impending bonk and one for later.
The two tunnels were brilliant, far better than labouring over the hill, but then we had the gratuitous ascent of Lansdown Hill. It was raining properly, water running down the road, but I was determined to get up this last challenge. Glaciers have been known to move faster. I misread the Garmin again and found my way onto the A420. The Garmin spend ages trying to send me down blind alleys and so I got almost to the inner ring road, check my iPhone and found my way the last half mile back to the Felix Road Adventure Playground.
I’ve only once taken longer over a 300, the Cambrian 3C when I started at 11.30pm in Carmarthen (and got lost on my own permanent), but it was worth it. Thanks Will and crew for organising. Am going to see how I feel over the next couple of days before committing to the Exe Barnstaple Branch. I need to get my head around the 4am start and probable 6am finish.